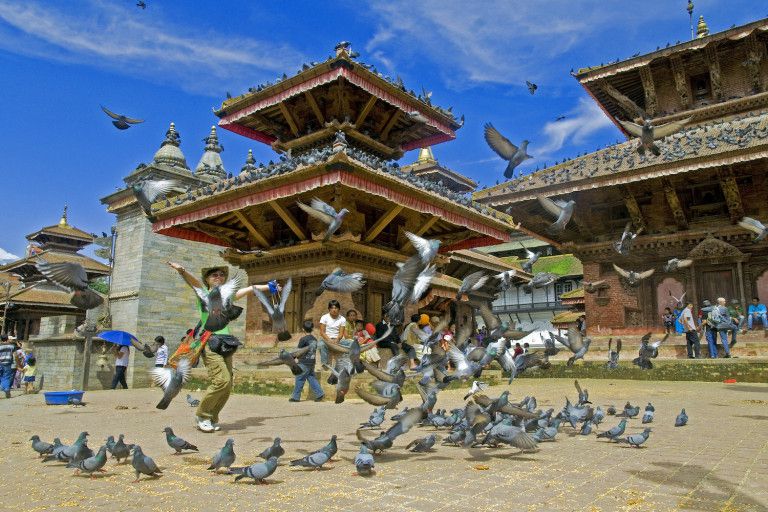 Kathmandu, the largest city of Nepal, is the political as well as cultural capital of the country. Kathmandu is a city where ancient traditions rub shoulders with the latest technological advances. However, it is the grandeur of the past that enchants the visitor whose gaze may linger on an exquisitely carved wooden window frame, an 18th century bronze sculpture or the spiritually uplifting temple or stupa.

Like any big city, Kathmandu has seen rapid expansion in the last decade, but despite the hustle and bustle so typical of metropolitan cities, its people remain as refreshingly friendly as ever.
Retaining its ancient traditions, Kathmandu is blessed by a Living Goddess and is enriched by endless ceremonial processions and events that take to the streets every now and then with throngs of devotees seeking blessings. These religious festivals are steeped in legends and are quite a spectacle with chariot processions and masked dancers often possessed by the spirits of deities.