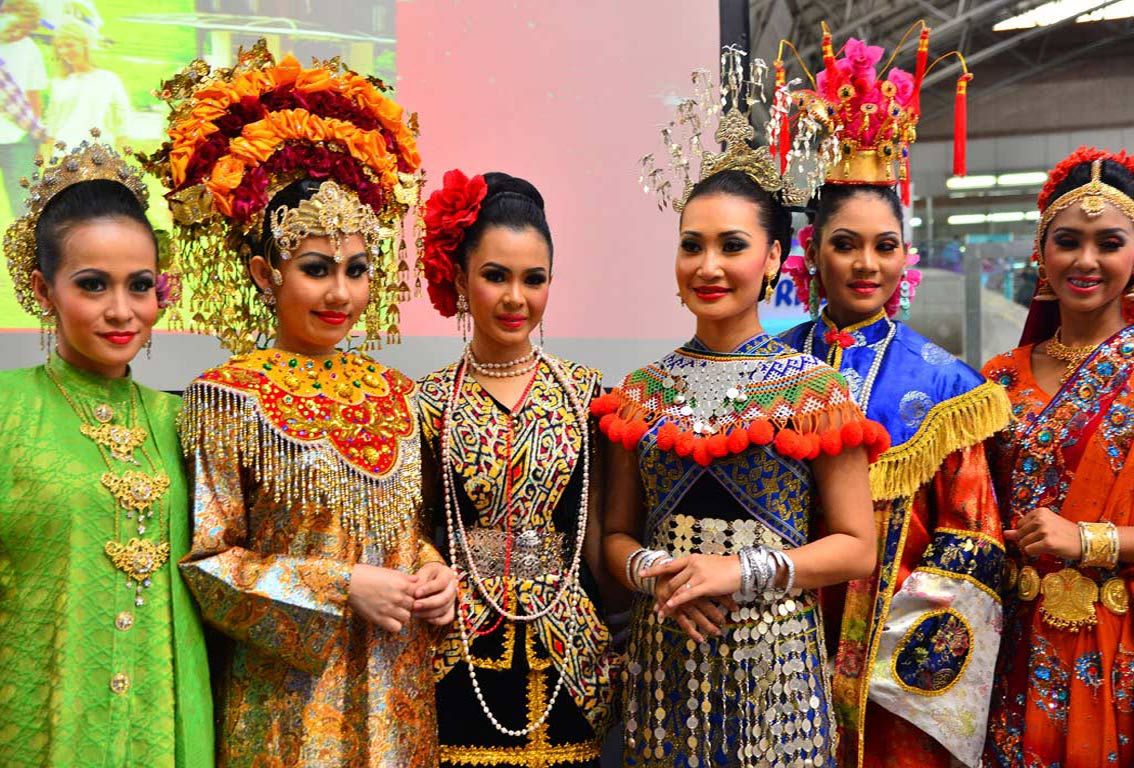 Having had an interesting past and being a part of the international spice route many hundreds of years ago, Malaysia has turned into a mosaic of cultures. Everything from its people to its architecture reflect a colourful heritage and an amalgamated culture. To understand Malaysian culture, you must first get to know its people.

Discover a Land of Intriguing Diversity

Malays, Chinese, Indians and many other ethnic groups have lived together in Malaysia for generations. All these cultures have influenced each other, creating a truly Malaysian culture.

The largest ethnic groups in Malaysia are the Malays, Chinese and Indians. In Sabah and Sarawak, there are a myriad of indigenous ethnic groups with their own unique culture and heritage.

Today, the Malays, Malaysia’s largest ethnic group, make up more than 50% of the population, although this drops to less than 25% in East Malaysia. In Malaysia, the term Malay refers to a person who practices Islam and Malay traditions, speaks the Malay language and whose ancestors are Malays. Their conversion to Islam from Hinduism and Theravada Buddhism began in the 1400s, largely influenced by the decision of the royal court of Melaka. The Malays are known for their gentle mannerisms and rich arts heritage.

In Sarawak this 25% is made up of a mix of dialect groups including Foochow, Hakka, Hokkien, Teochew, Hainanese and Puxian Min while in Sabah the population of Chinese drops to around 10% who predominantly speak the Hakka language.

The smallest of three main ethnic groups, the Malaysian Indians form about 10% of the population. Most are descendants of Tamil-speaking South Indian immigrants who came to the country during the British colonial rule. Lured by the prospect of breaking out of the Indian caste system, they came to Malaysia to build a better life. Predominantly Hindus, they brought with them their colourful culture such as ornate temples, spicy cuisine and exquisite sarees.