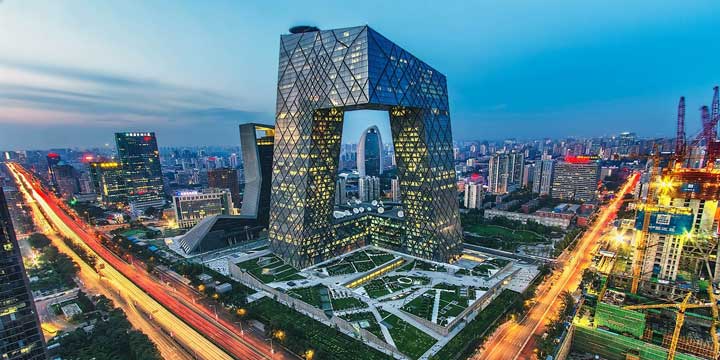 The original places of Chinese civilization are the well-known Yellow River as well as Yangtze River. The footprint of Chinese people along these two rivers shows the valuable history of this aged country. Legends about Pangu, the earliest ancestor of Chinese people, was taken as the creator of the universe, and a succession of legendary sage-emperors and culture heroes (among them are Huang Di, Yao, and Shun) who taught the ancient Chinese to communicate and to find sustenance, clothing, and shelter.

Xia: The first prehistoric dynasty is said to be Xia from about the twenty-first to the sixteenth century B.C. It was difficult to separate myth from reality in regard to the Xia. Xia period marked an evolutionary stage between the late neolithic cultures and the typical Chinese urban civilization of the Shang dynasty.
Shang: Shang Dynasty is believed to be created by a a rebel leader who overthrew the last Xia ruler. Oracle bones with ancient Chinese writing from the Shang Dynasty have been radiocarbon dated to as early as 1500 BC.
Zhou: The Zhou Dynasty began to bow to external and internal pressures in the 8th century BC. The early Zhou rulers, through conquest and colonization, gradually sinicized, that is, extended Shang culture through much of China Proper north of the Yangtze River.
Spring and Autumn Period and Warring States Period: The ability of the Zhou to control its regional lords lessened, and the kingdom eventually broke apart into smaller states, beginning in the Spring and Autumn Period and reaching full expression in the Warring States period.

Qin: Qin Dynasty is a mark of Chinese history. The Qin Dynasty was the dynasty that redefined China. This was the first time outside forces acknowledged the existance of another race of people, and aptly named the nation China after the then current dynasty, the Qin.
Han: Founder by the famous emperor Liu Bang in 206 B.C., Han Dynasty was the first dynasty to embrace the philosophy of Confucianism, which became the ideological underpinning of all regimes until the end of imperial China.
Three Kingdoms Period: This is a period of civil wars. Three kingdoms are Wei, Shu, Wu which had overlapping reigns during the period A.D. 220-80). Although this saturation ended in a new dynasty Jin, in A.D. 317 the Jin court was forced to flee from Luoyang and reestablished
Sui: The Sui brought China together again and set up many institutions that were to be adopted by their successors, the Tang.
Tang: Tang Dynasty is the most prosperous period and the culture in this time has a significant influence to the modern China. Buddhism became the predominant religion and was adopted by the imperial family and many of the common people. The trade in Tang Dynasty helped this ancient country developed into a necessary place not only in the Asia but also in the world.
Song: In Song Dynasty, Kaifeng became the capital and the center of the country. The economy in this time still kept prosperous since Tang Dynasty.
Yuan: Yuan Dynasty was found by a Mongolian Genghis Khan, the famous figure not only in China, but also all over the world. It was also the first dynasty created by the Chinese ethnic roups.
Ming: Throughout the Yuan Dynasty, which lasted less than a century, there was relatively strong sentiment among the populace against the Mongol rule. The frequent natural disasters since the 1340s finally led to peasant revolts. The Yuan Dynasty was eventually overthrown by the Ming Dynasty in 1368.
Qing: Qing is the last Chinese dynasty in history. It was also a mark of the beginning of modern China. The Qing Dynasty was established by the Manchu People (Nuzhen People). With about 268 years, it was ruled by 11 emperors including Kangxi, Yongzheng and Qianlong who were very famous for their political policies.

Republic of China: Since the Opium War in 1840, China experienced a history tougher than any time in the past. During these days, the famous leader is Sun Yet-sen stranded on the historic stage. Other historical figures such as Yuan Shikai and Chiang Kai Shek also influenced the Republic of China deeply.
People’s Republic of China: After the found of People’s Republic of China since 1949, another powerful nation had begun its development in all aspects. The founder Mao tse-tung built a good foundation for the modern China.
Nowadays: With the hard word of Chinese leaders and the laborious Chinese people, the China in today become a major country in the world in economic, social, industrial as well as agricultural aspects.